Meenakshi Dixit Age, Bio, Boyfriend, Profile| Contact Details (Email address, Phone number, Instagram, Twitter, Facebook)- Meenakshi Dixit is a well-known Indian actress and Dancer who primarily works in the Tamil, Telugu, Hindi, and Malayalam film industry. She started her acting journey and made her debut with the Telugu film Lifestyle, in the year 2009. With this, Dixit also made her Malayalam debut with the film Alexander The Great. Meenakshi is a very talented dancer who appeared as a contestant in NDTV Imagine’s dance reality show Nachle Ve. With her talent, she performed in dance numbers in Dookudu and the Tamil film Billa II. Meenakshi was introduced in Bollywood with the film, P Se PM Takin 2015.

Along with this, she appeared in several other superhit films including Tenaliraman, Laal Rang, Bayam Oru Payanam, Maharshi, Bangarraju, and more. Recently, Dixit appeared in a superhit music video song named Ekkachakkam Aaguthae and gained immense popularity. With this, she is also very popular on social media where she shares amazing short videos and photoshoot pictures. Meenakshi is very cute and has gained immense popularity with her appearance and cute smile. She is very popular on social media and has gathered 605k followers on her Instagram account. 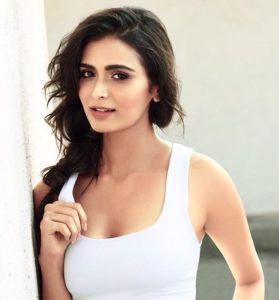