Jhanak Shukla Age, Bio, Boyfriend, Profile| Contact Details (Phone number, Instagram, Twitter, Facebook, Email address)- Jhanak Shukla is well known Indian former child actress. She is best recognized for her appearance as ‘Gia Kapur’ in the Bollywood movie Kal Ho Na Ho, alongside Shahrukh Khan and other popular celebrities. Later she also appeared in a superhit movie Deadline: Sirf 24 Ghante as the kidnapped daughter ‘Anishka Goenka’. Along with this, Shukla has also played a part in the Hollywood movie One Night with the King.

Jhanak also appeared in several TV serials including Hatim, Karishma Ka Karishma as a Robot, and Son Pari serial which was aired on Star Plus. Also, later on, she worked in a reality-based crime thriller series, Gumrah, and the Malayalam serial Aalipazham. Jhanak is very talented has modeled for several TV commercials and has gained immense popularity. Currently, she is working as a founder of Roomaal and has gained huge success. With her talent and popularity, she has gathered 57.7k followers on her Instagram account. 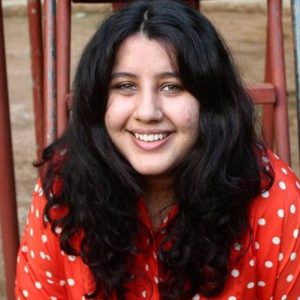