Antara Nandy Age, Bio, Boyfriend, Profile| Contact Details (Phone number, Instagram, Twitter, YouTube, Facebook, Email address)- Antara Nandy is well known Indian Playback singer, musician, and songwriter. She started her journey with her appearance as a contestant in Sa Re Ga Ma Pa Little Champs” in 2009. Antara was in the top three contestants of the show. She has given her voice in various Assamese language films and has also sung the title song of several Bengali TV shows. Antara made her debut in the film industry with the song ‘Nixati Joto Ronge’ in the Assamese film “Khel – the Game“. Later she gained huge appreciation for The Nandy sisters ‘Humma Humma‘ song which went Viral overall on social media platforms.

With this, she gave other numerous superhit songs including Police Babu, Najanu, Jibon Nohoi Xuna Bondhu, Yaa Devi, and more. In 2019, She took part in A.R. Rahman’s youtube singing reality show “ARRived“and gained huge appreciation. Antara has a very amazing voice that attracts millions of people. With her talent, she has gained 425k subscribers on her self-titled YouTube channel. Along with YouTube, she has gathered 507k followers on her Instagram account. 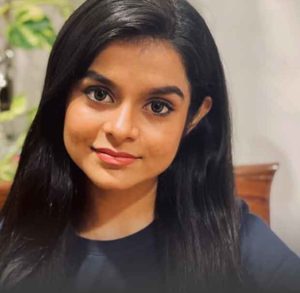